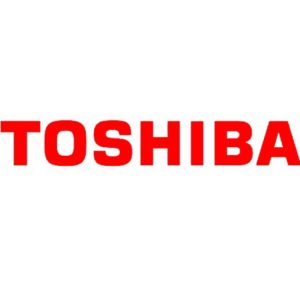 Toshiba TVs have also started manufacturing LED model with some models having the smart features. But most of the models are a standard and majorly focused on cheaper pricing for their customers. This has caused a market sweep compared to other brands like Samsung, Sony and LG, whose models are being sold at a relatively higher price (But they do come with extra features and ‘big brand’ reliability compared to Toshiba)

80% to 90% of the times, any TV make would have Power supply fault, which can usually be repaired by replacing the capacitors on the board. But there are also instances where the Main board is causing the fault and not letting the power supply board turn on. The main board and/or the software on the main board is also to blame sometimes when the TV is in on and off cycle loop. When you get no picture on the TV, the cause of the fault may also be the Logic or the TCON board. The Toshiba LED model have a common fault with their backlights which tend to go faulty after a few years.

It is quite difficult to access where the fault is coming from till the engineer diagnose the fault. Many times customer do ask us that surely we would have come across this fault before, to which we reply that yes we do and we do try to give a round figure as to how much it may cost them, but because we have not diagnosed the fault or have looked at the TV we can only guess. Because, even though the fault the customer may be describing to us over the phone may sound complex; it has been found that sometimes the solution was very simple which we resolved upon our visit.

If you need an evaluation report for insurance purposes, then contact us here

Let us Call you back